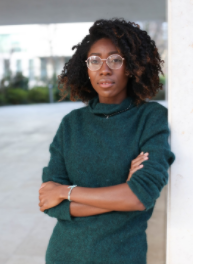 Luzana is the Platform Manager at Balderton Capital, which she joined from the talent investor Entrepreneur First.

While at EF she managed talent operations, recruiting the highest calibre technical talent and aiding them in starting some of Europe’s best early-stage startups. Before moving to London and entering the tech industry, Luzana spent 6 years working on multi-million-dollar energy projects across the globe at A.P. Møller – Mærsk, one of the world’s largest business conglomerates in the transport, logistics and energy sectors.

Luzana holds an MSc. in Groundwater Hydrology from the University of Pennsylvania. Hailing from her native Angola, she has lived in five countries and is fluent in both Portuguese and English.

In her own time, Luzana advises and conducts fundraising for charity projects and social enterprises in Angola, and she also monitors the startup ecosystem in sub Saharan Africa. When she is not testing a cooking dish on herself, she is either in a spinning class, running or boxing.