Why Racism in the UK Cannot be Gaslit Away 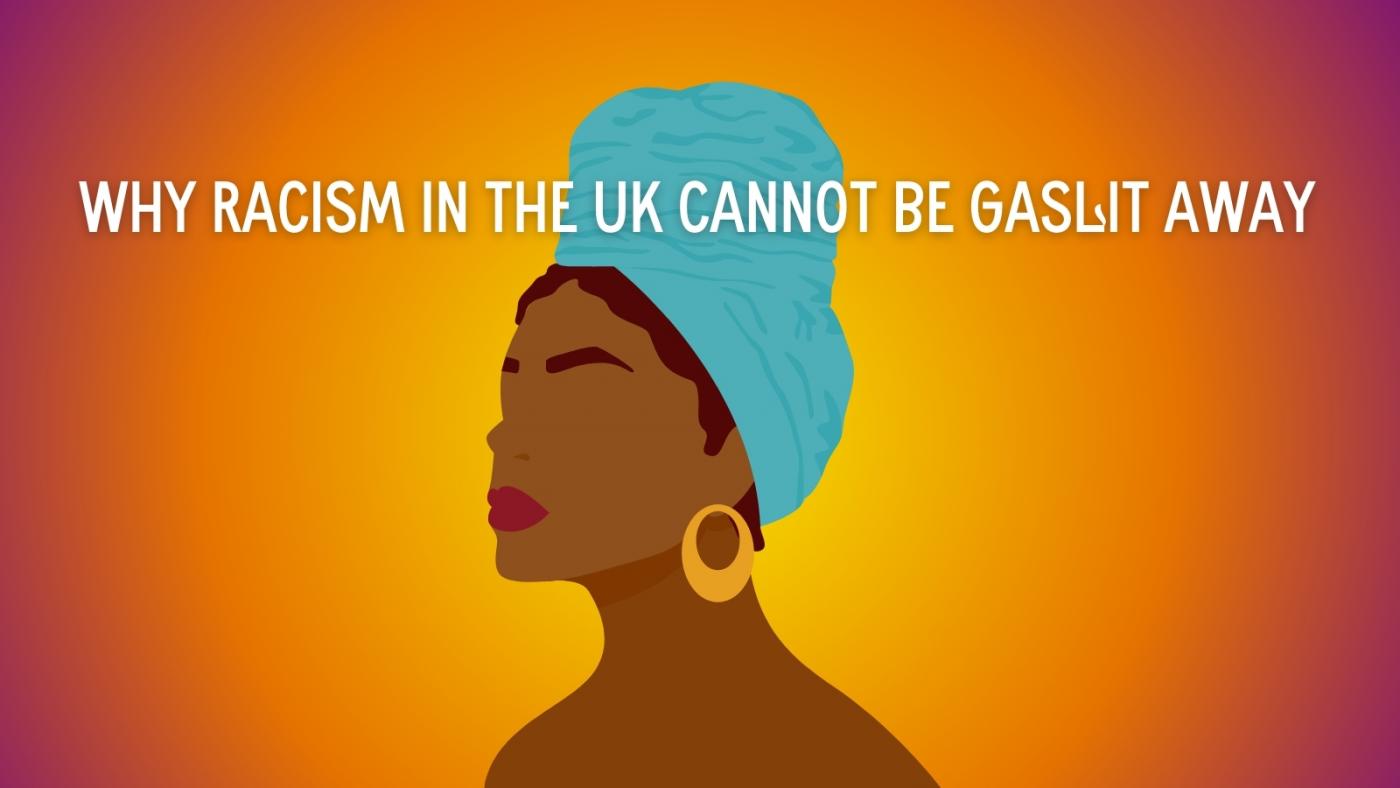 The long-awaited report from Downing Street on race and ethnic disparities concluded that ‘claims of institutional racism not borne out’. Whilst we feel shocked and are deeply disturbed by this conclusion, we’re also not entirely surprised by these initial findings.

Let’s start by looking at the report itself.

The head of the government-appointed race commission, Dr Tony Sewell, has previously suggested that the evidence for “institutional racism” is “somewhat flimsy”. When Munira Mirza was selected to set up and run the race inequality commission, there was much dismay from experts and equalities groups. Amongst other issues, it was widely reported that “One of the things she regards as nonsense – judging by her output as a commentator over the years – is the claim that the challenges faced by Black and minority ethnic people in the UK result from structural racism.”

In our consideration of this report and its merits (or lack thereof), it’s extremely important to remember that it was in fact led by people who question the very existence of the inequalities the report was commissioned to explore.

There is little doubt that the report was led by someone with pre-existing views and biases (the very ones that many racialised people and communities experience and suffer from) and speaks to a political agenda. Whilst the report acknowledges that overt racism remains a problem, it denies any findings of institutional racism.

Against the backdrop of rising Islamophobia, rising hate crimes against the East and South East Asian (ESEA) community, and stark inequality faced by Black people in Britain, it is undeniable that overt racism remains one of our most pressing problems.

However, to deny institutional racism is to detract from the very root of the problem. Institutions and systems are made up of people. People who make a series of decisions, take actions, design processes and display behaviours.

It is deeply irresponsible to deny the role that individuals have in forming the very institutions and systems that perpetuate racism.

Why is this a problem?

In order to create a better and fairer society, in which opportunity and equality are a reality for all, we must tackle systemic and institutional racism head on.

We want to see a country in which leaders take responsibility for our most pressing problems, and society moves to tackle them. Not one in which we deny the lived experiences and evidence presented.

Denying the existence of institutional racism, when there is so much data and research that clearly indicates otherwise, hinders progress. It worsens inequality and further detracts from the real work that needs to be done

There needs to be more accountability, more representation, more ownership and a reckoning with Britain’s deeply fractured relationship both to race and it’s colonial history.

Let’s look at the facts

Ethnic minority groups account for 13% of the UK population. Yet across healthcare, criminal justice, education and employment, they are disproportionately and negatively affected by racism.

Here’s what the existing data and evidence tells us about the experiences racialised people and communities in England and Wales:

What can you do?

You can respond to this report by:

Reports you should read instead

This piece was written by Spark and Co.'s Founder and Director, Ishita Ranjan.

You can get in touch with her at ishita@sparkandco.co.uk.