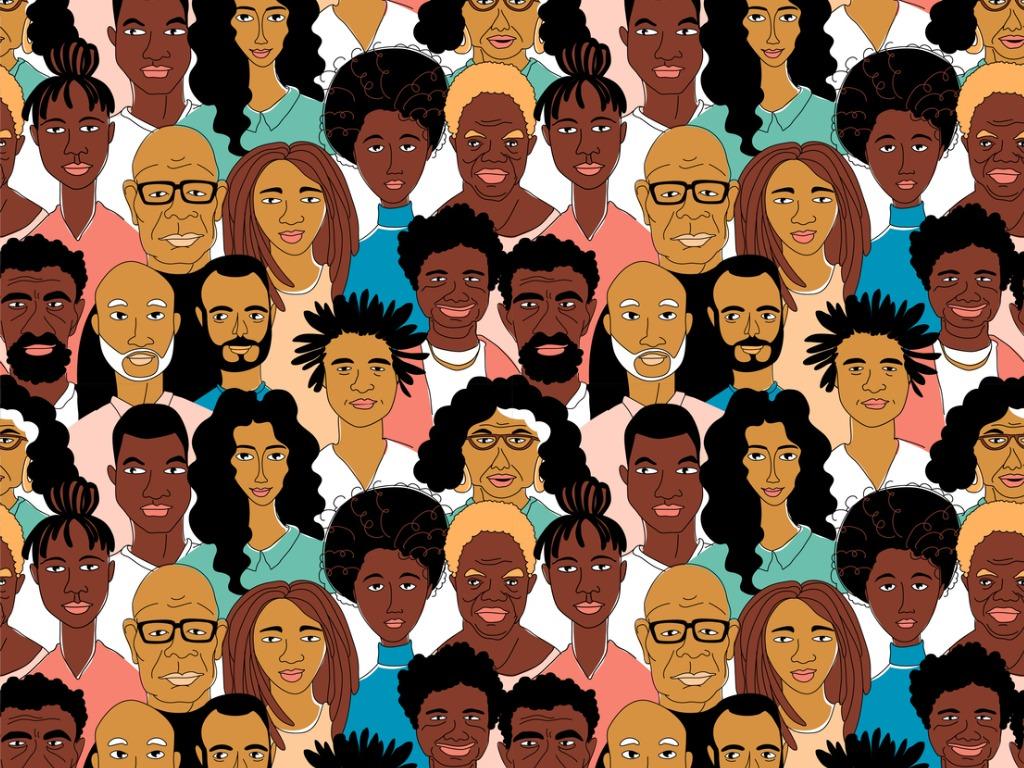 In the increasing move to encourage discussions around mental health and improve access to support, questions surrounding the accessibility and suitability of services for communities of colour are often excluded from conversations.

In England, around 1 in 4 people each year identify as having lived experience of mental health difficulties, with 1 in 8 adults reporting accessing psychological support and/or medication. Access to support, however, differs greatly for Black people.

This is especially concerning as the lack of early recognition can have a detrimental impact on mental health needs in the long run. This can leave people second-guessing their distress and trying to cope with having their needs unmet.

Re-traumatisation and poor experiences of services

When Black people, particularly, Black Caribbean men, do come into contact with services, they are often seen in the most restrictive parts of the mental health system that are usually involuntary. Their routes into care are more likely to be through police contact and/or when they are experiencing higher levels of psychological distress. This route into care often leads to further re-traumatisation and can mirror past experiences of disempowerment, marginalisation, control and discrimination.

When asked their experiences of public health services in the UK, Black people, in addition to other ethnic minority groups, report the lowest satisfaction ratings. Mental health support is often described as not considering religious or cultural needs.

In addition, higher experiences of social disadvantage in areas, such as, education, housing, employment, health and in the criminal justice system, all of which have been evidenced as relating to poorer mental health, are not always taken into account. Instead, when there are discussions about racial differences in mental health services, narratives are often victim-blaming, and linked to race/ethnicity alone.

A similar pattern has emerged concerning the health inequalities with the COVID-19 outbreak. In his interview with The King’s Fund, Professor James Nazroo poignantly highlights that ‘race’ and ethnicity are not risk factors, instead, it is the discrimination, racism and social disadvantage that impacts many ethnic minority groups at a higher rate which leads to poorer outcomes.

The Channel 4 documentary, ‘Is COVID Racist?’ presented by Dr. Ronx Ikharia, also highlights that there is no evidence that genes linked to race are the cause of the racial inequalities in the COVID-19 deaths. The documentary further highlights how these assumptions can be problematic as it leads to a failure to address structural inequalities. This is often the case regarding discussions around mental health inequalities, where explanations about racial differences are also overly medical.

In a research study by Chakraborty and colleagues, Black people who took part in the research study named racism in society and psychiatric systems as contributors to their psychological distress. However, the impact of systemic racism is still rarely acknowledged in mainstream discussions around mental health, especially how this might operate in mental health systems.

Despite numerous reports and enquiries highlighting the racial disparities in mental health, there has been little actionable change. Perhaps, on one level, this could also be related to the lack of meaningful inclusion of Black people with lived experience and the lack of diversity within academia, senior positions within the NHS and professions, such as clinical psychology and psychiatry.

As a consequence, the dominance of white Eurocentric perspectives in research and clinical practice can impact on the type of research conducted, how Black people’s experiences are interpreted and how practice is informed.

Moving forward we need to not only address the societal inequalities experienced but also ensure that when we ‘push’ people to seek support for their mental health, that those services are appropriate and accessible. Additionally, the social factors that contribute to distress must be acknowledged and supported alongside therapeutic support.

This post was written by one of out Community Ambassadors - Julie Baah, Psychologist at the NHS. Find out more about Julie here.