The Just Cause for Decolonising the Curriculum 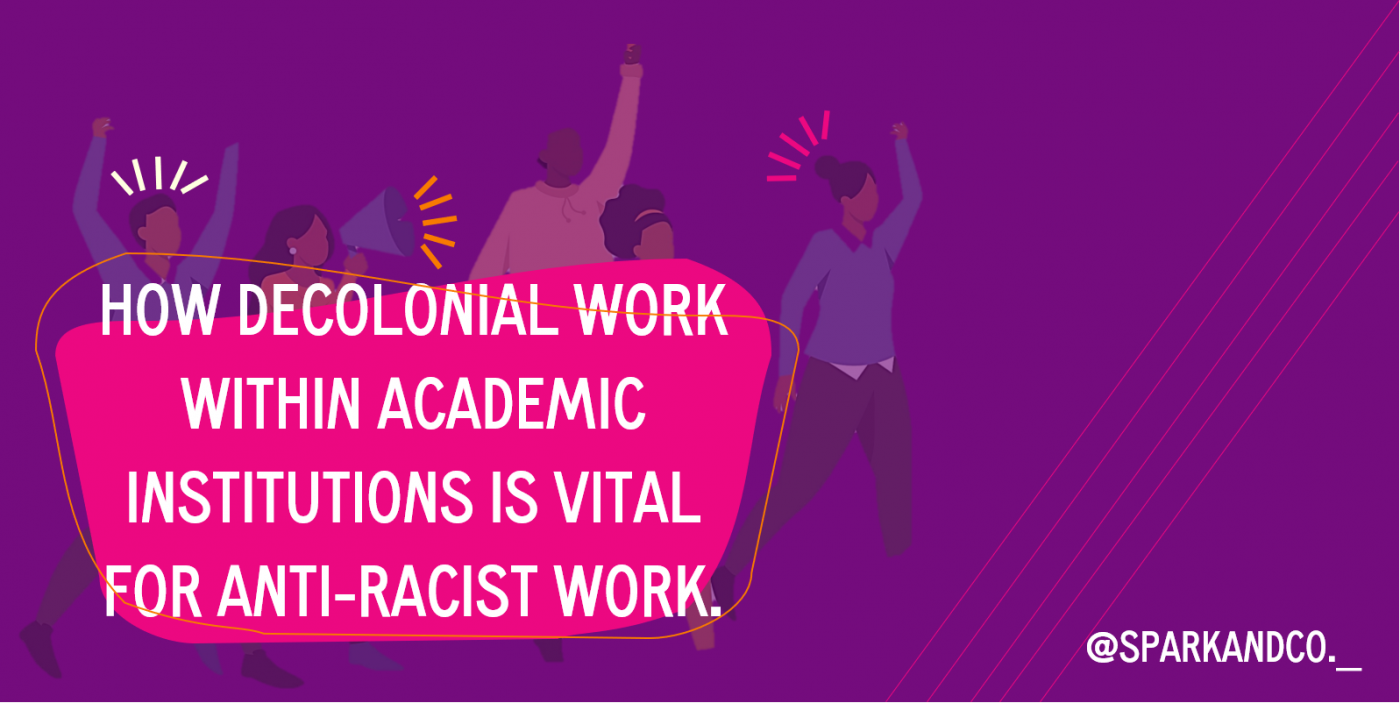 What is ‘decolonisation?’ For organisations and campaigns like Decolonise Sussex, Shades of Noir and Decolonise Glasgow, it is a process of purposeful transformation. It encompasses the act of dismantling structural inequalities and fostering constructive dialogue. I have looked into the contributions they have made in highlighting the importance of decolonising work, past, present and future.

Student activism on a global scale in recent years has been loud and unapologetic, from the Rhodes Must Fall protest by students at the University of Cape Town and Oxford University in 2015, to Why is My Curriculum White at University College London, to the Sussex Anti-Racist Action campaign released in 2020 at the University of Sussex.

In the UK, calls to decolonise the curriculum stem from the desire to confront Britain’s colonial past and dismantle its ongoing effects. Decolonising education is about looking at what has been left out of history as much as it is about filling those gaps to radically change the ways in which we learn.

Decolonise Sussex are a student-led campaign who aim to challenge colonisation at the University of Sussex both inside and outside the classroom. Awarded the “Outstanding Student Campaign of the Year” in 2019, they host a variety of events, workshops and forums for everyone to engage with, prioritising the wellbeing of students and staff experiencing marginalisation. Why are campaigns like this needed at Sussex? According to a report on the attainment gap for the academic year 2016/2017, there was an overall gap of 34% between white students and students of colour, and a 26% gap between white and Black students.

While decolonising work within academic institutions is about calling for a more diverse curriculum, it is also about challenging the power dynamics of the classroom itself. In 2019, it was reported that an English lecturer, among other staff at Sussex University, had said and defended the use of the n-word in class. This is a mere representation of the depth of work that needs to be done, throwing a harsh light on the realities of the many ways in which universities in the UK, no matter how liberal they claim to be, fail students of colour.

Decolonisation is not just limited to this context – it not only forces us to identify how colonialism and racism shape our learning environments, but how it shapes our day-to-day life and thus our livelihoods.

Decolonise Glasgow is also a campaign run by students, who raise discussions around institutional decolonisation and issues such as representation, diversity and empire at the University of Glasgow. Like Decolonise Sussex, the mission is the same: to take away the notion that universities are innocent in the production of race and class disparities and to work to create a trickle-down effect of active change that re-builds the internal walls of these institutions for the better.

Decolonise Glasgow seeks to question what decolonising work looks like in the city colloquially known as ‘the second city of the British empire’. Scotland, and Glasgow in particular, shares a deep history with the growth of the empire. According to the legacies of the British slave ownership database, in 1834 15% of British slave-owners who claimed compensation after slavery’s abolition were from Scotland.

The history of the River Clyde and Glasgow’s efficiency with the transportation of goods within the Slave Trade is one of the many representations of the city’s “imperial activities”.  In September 2020, Decolonise Glasgow held an online panel discussion titled: “The Complexities of Commemorating Difficult Heritage”, which spoke on whether significant events in history should be memorialised despite their violent and imperialist contexts. This is significant because it sheds light upon how decolonisation is a process that both pushes us to look at the past but also at the future. As radical and statue-toppling as it sounds, it is also a process of healing.

Serving as a directory, an events organisation and a resource hub, Shades of Noir are committed to supporting self-directed learning for creative individuals and staff in higher education, dedicated to sharing knowledge, practices and “creative solutions” to marginalisation in the industry. Their work is echoed by social enterprises like the Black Curriculum, founded a decade on in 2019, which actively strives to re-imagine the future of education through Black British history.

All of these spaces serve a purpose in the process of decolonising work. They highlight how active social engagement is key for maintaining the relevance of this radical act of dismantling, whether through changing the educational curriculum or providing tools for putting the work into practice wherever possible.

Stay informed with these projects and campaigns and get involved – there is always an event you can go to or a petition you can sign, and the increase in virtual events are helping to make acquiring knowledge about this more accessible. Check out this history-spanning decolonising reading list too:

This piece was written by one of our Community Ambassadors, Zoe Thompson, founder of Sweet-thang Zine. Find out more about Zoe here.